When New Year’s celebration comes around, people tend to plan for parties and it has been like that for like forever. Wouldn’t it be nice to spend New Year’s this year in a different way? Don’t make mistake about it, parties during New Year’s Eve are a blast. But have you noticed that it has become so boring with the same people and places joining the party year after year?

You don’t have to endure the boredom of throwing out parties or attending one during New Year’s Eve.In fact, you have the power to make the celebration more meaningful and more exciting this year. This year, you can celebrate the start of the New Year with more fun that you have been missing all these years.

Stay home with family and friends

Going to parties from one part of the city during New Year can make you a total wreck. Just imagine other people trying to do the same thing; it could result to monster traffic. Not to mention the stress level of trying to make it on time for the party. You don’t have to punish yourself with the stress and anxiety of spending New Year’s at a party that could be a dud.

Spending quiet time with family and friends is the best way to catch up and unwind in a controlled environment. You can watch the fireworks at the rooftop of your apartment with the people you care most in the world. No frills just good old bonding that will make more meaning to the celebrations.

Have a home-style version of The Voice

Making a home-version of The Voice is a nice way to show-off your vocal prowess. If you can’t make it during open-mic night, then this is the time you let the world see how good you sing. Of course, if it doesn’t pan out right, the neighbors wouldn’t mind because New Year tends to be a bit noisy. The noise from the revelry could drown your not-so-Mariah Carey voice easily and live your dream as a Voice contestant.

Handpick the judges and take turns being judges and contestants and surely you will have a blast during New Year, with less worries and stress.

Visit your parents and have a cook-off

How long has it been since you last visited your parents. It would have been nice if you were with them during Christmas. But don’t fret; you have New Year’s to make up. Grab some groceries and pick up a cookbook and hop to your parents’ house and have a cook-off with your mother. This could be a nice way of bonding and catching up with family especially if you have been away from them for a very long time. You’ll never know, your mother could decide that it is time to hand the secret recipe book to you.

You have been spending too much time away from your parents not realizing that they are getting old. Spend more time with them this New Year because you will never know how much time you have left with them.

There are a lot of ways to spend New Year’s not just the ones mentioned above. You can opt to have a foosball tournament or if you live is a warmer climate; you can play tag football with family or friends. Spending New Year’s is all about the quality of the celebrations rather the quantity. The important thing about spending time with friends and family is the time you devote to them, asking about their plans for the future and being there for them always. 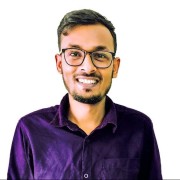